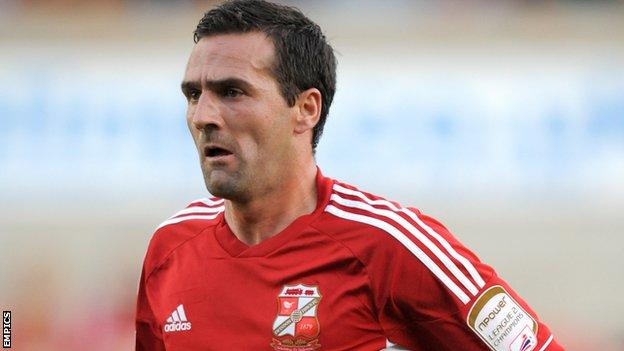 Swindon Town midfielder Tommy Miller is set to be sidelined for six weeks with a leg problem.

The 33-year-old missed Saturday's FA Cup defeat by Macclesfield with a dead leg and also sat out of Tuesday's League One draw with Sheffield United.

And manager Paolo Di Canio confirmed after the 0-0 stalemate that Miller's injury is worse than first feared.

The former Huddersfield player had featured in every game this season before the problem occurred.

Di Canio may be tempted to bring in loan cover before Saturday's game with Walsall after Town's transfer embargo was lifted.

Commenting on the embargo, the Italian said: "I'm happy because I can now focus my attention on the players.

"I can now give them a challenge inside the dressing room and extra quality to help everybody."