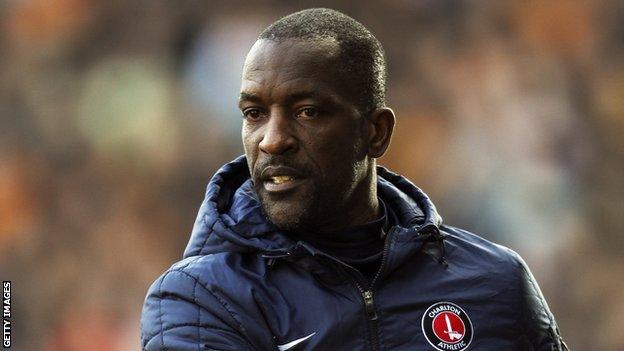 The Addicks trailed 2-0 after 25 minutes but eventually won 5-4.

He told BBC London 94.9: "We have always known it was going to be a tough season for us. It's about us and having that togetherness.

"To come from 2-0 down against the team who were at the top of the table is wonderful for us."

The victory ended a run of four games without a win and lifted the club five points clear of the Championship relegation zone.

"I hope it gives us a lift and the supporters as well," Powell added.

"It has been a tough time and it is my responsibility.

"A third of the season has gone and we feel we should have more points, but we haven't.

"We have been hurt, haven't had the rub of the green in some things and conceded some poor goals as well.

"I will always have belief in my team and they showed a lot of character. I applaud every single one of them."