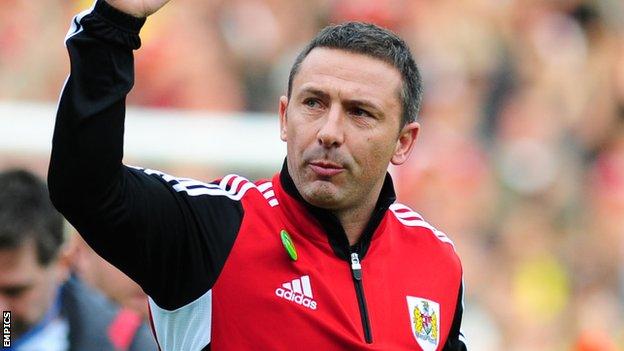 Bristol City boss Derek McInnes helped out 17 stranded fans who had their tyres slashed after Tuesday's game at Birmingham by giving them £300 in cash.

The Scotsman and his players chipped in to help supporters fix their minibus which was vandalised outside St Andrew's following City's 2-0 loss.

It was the club's sixth consecutive defeat in the Championship.

"We couldn't believe what had happened and wanted to help out," McInnes told the club website.

"It looked like they would have a three-hour wait for roadside recovery and there were a number of young lads within the group.

"Given the fact there were 17 of them, we couldn't get them on the team bus, so everyone in the squad got together to help out and give them an option of catching the train or taxis home.

"The fans turned up in numbers again last night and unfortunately we weren't able to give them much to cheer about.

"It got even worse for this group and it was only right that we assisted. I'm glad to hear they returned OK."