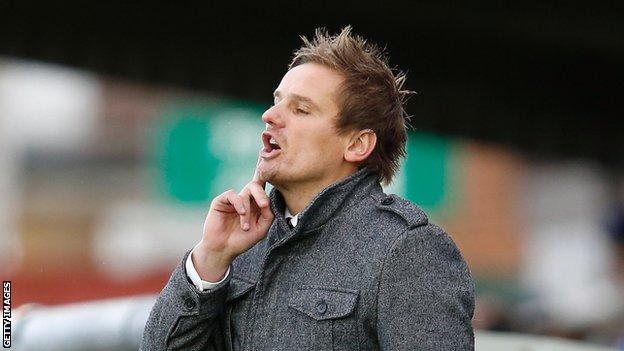 AFC Wimbledon manager Neal Ardley says his side's performance in the 2-0 defeat at Exeter was unacceptable.

The Dons have only won one of their last five games in League Two and lie one point above the relegation zone.

He told BBC London 94.9: "I didn't feel at any point we had enough about us. It is not good enough and we didn't give the fans a performance.

"It's criminal when you come away from home and the opposition play with more energy and desire. It's unforgivable."

Ardley, who was appointed Dons boss last month, added: "The players know how I feel.

"We can accept [opposition] quality, details not being right or a mistake or two but we can't accept the basics for a good performance aren't there.

"It is unacceptable we came out without all the absolute basics that are in our control.

"We need to make sure that does not happen again.

"It's not a time for sulking now. It's about how we respond."