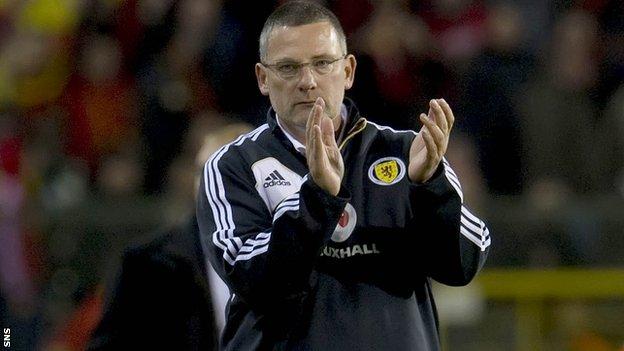 The 48-year-old was relieved of his duties on Monday, with Scotland at the bottom of World Cup qualifying Group A.

"I am extremely disappointed by the process of the last week," Levein said in a statement.

"I note the position as stated by the Scottish Football Association but do not concur and I am currently taking legal advice as to my options."

The SFA said it had taken into account Levein's "stated intention - expressed to the president and chief executive - to leave the job at the end of the World Cup campaign".

And the governing body said they would honour the former manager's contract, with payments over the next 20 months.

"I would like to thank everyone who has supported the team and I during my time as Scotland manager," added Levein, who won just three of the 12 competitive games he oversaw.

"It has been a privilege to have done the job and I would like to thank my back room staff who have worked tirelessly during my time as manager.

"Most of all I would like to thank the players for their unswerving loyalty, effort and professionalism."