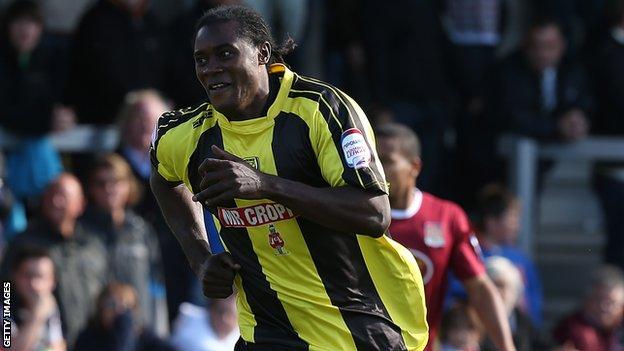 The Blue Square Bet North part-timers held out until the 65th minute when Chris Palmer fired the visitors ahead at Moss Lane with a fine free-kick.

Calvin Zola confirmed a trip back to his former club Crewe with a six-yard finish after clever work by Jacques Maghoma.

Altrincham battled and Matt Doughty went close to scoring near the end.

"I think it was a tribute to them, how we set up. As the game went on spaces started to open up and we became more effective.

"They are as good a Conference North side as I've seen in a long time. They had loads of movement, and will cause any team problems.

"We started better. We spoke about pride. Without being disrespectful to them, my pride was hurt after the first game. I just wanted the players to realise that I hoped their pride was hurt too.

"So far we've been a good team this season. Over 90 minutes we've lost two matches out of 15 or 16. We're a tough side to beat and I just felt we needed to show that right from the off."