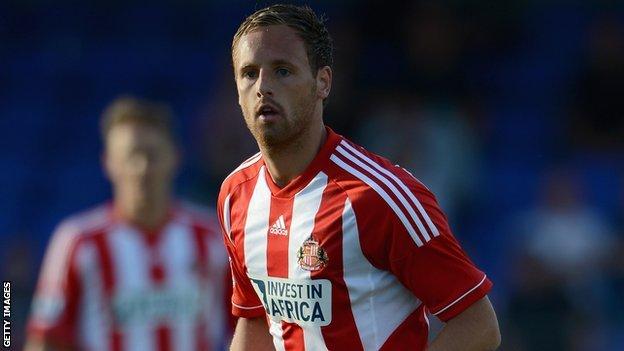 The 23-year-old played under Tigers boss Steve Bruce when he was in charge of the Black Cats.

Meyler made his Republic of Ireland debut in September's 4-1 friendly victory over Oman at Craven Cottage.

He is the second player to move to the KC Stadium side this week, after Manchester United winger Robbie Brady joined on loan on Tuesday.

Meyler has played 31 times for the Black Cats, including five games this season.

"I'm excited, it's a new challenge. I can't wait for Saturday to play Cardiff," he tweeted.