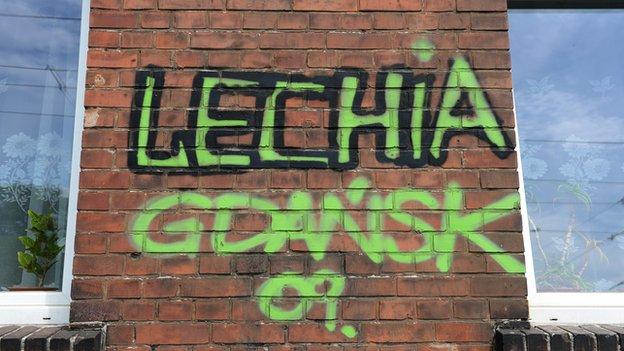 "The fans involved in the racist chanting have been identified thanks to security cameras," the club said in a statement.

"They have been served with stadium bans."

The struggling Polish side, which currently lies second bottom in the 18-team league, added that it is now up to the country's criminal courts to determine what further action the fans may face.

Podbeskidzie have already been fined US$3,100 by Polish football officials over the incidents during the game on 26 October.

Both Ricardinho and Traore scored in the game, with the Burkinabe striker converting a stoppage-time penalty to seal victory.

The issue of racism in the local game was highlighted by the BBC's Panorama programme on the eve of this year's European Championships in Poland, which co-hosted the tournament with the Ukraine.

The issue did not materialise as some had feared and Podbeskidzie took pains to reiterate its stance on racism.

"The Podbeskidzie board strongly and unequivocally condemns racism and any other form of discrimination," the club added.

"A true fan is someone dedicated to their club, who supports the team through thick and thin. It is someone for whom club colours count, not skin colour."

Podbeskidize are based in the city of Bielsko-Biala in the mountainous south of Poland and 'The Highlanders' have been in the top division since 2010.