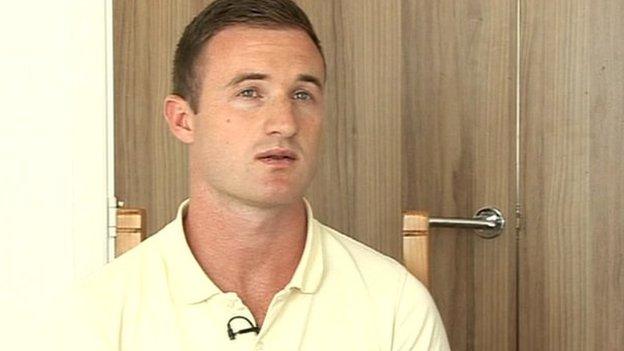 Truro City boss Lee Hodges says he is pleased that top-scorer Andy Watkins has decided to stay at the club.

The striker had been in talks with Bath City about a move away from cash-strapped Truro, but has decided to stay at Treyew Road.

"I'm really chuffed that he wants to stay committed to the club because good players like that are hard to come by," Hodges told BBC Radio Cornwall.

"If you don't keep them there's plenty of clubs hoping to snap them up."

City are still the but despite that, Hodges is hopeful that he will be able to add to his side soon.

"The aim is to keep everyone on board now and maybe add one or two.

"I'm actively going out there looking for players, we know the money's not there but I'm always looking to see if we can pick something up," he said.