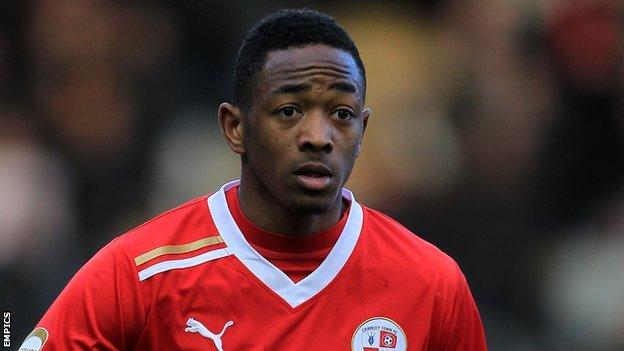 Sanchez Watt is unlikely to play another game for Colchester United after learning he will be injured until after his loan spell finishes.

The Arsenal forward tore a hamstring muscle in last week's

The 21-year-old, due to return to the Gunners in January, has two goals and three assists in his seven U's games.

"The hamstring is worse than we thought, it looks like a tear," boss Joe Dunne told BBC Essex.

"He's been a credit to us and Arsenal. So much so that he wants to stay around the group while he's still with us.

"It's something we'll have to deal with. These kind of injuries you don't rush back from so we may have seen the last of him for now.

"But we have Freddie Sears vying for a place and Ian Henderson looking to keep his place in the team and we have the possibility of one or two players coming in."