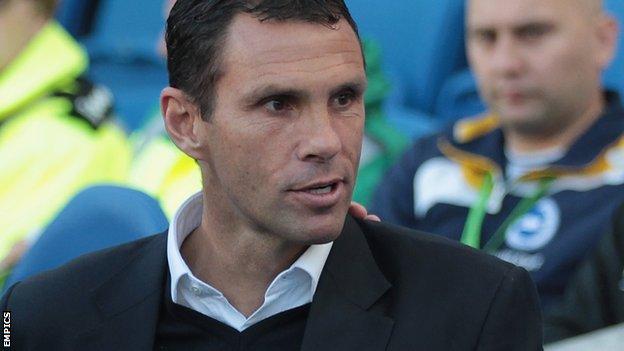 Brighton boss Gus Poyet has said he does not want to win promotion only for the club to come straight down again.

The Seagulls currently sit eighth in the Championship, one point off the play-off places.

He told BBC Sussex: "The better we get and the more solid we get, the better it could get in the next few months or years, whatever it takes to go up.

"And then stay up. Some people say 'go up and don't worry about the rest. If you're unlucky you go down'. No."

This weekend's fixture at Wolves also sees the former Chelsea midfielder celebrate three years in charge on the south coast.

"When I got the job I was thinking about Southampton, Norwich, Charlton, Colchester and the other teams in the top five or six. You can't look too much ahead," he said.

"But it's been a great three years.