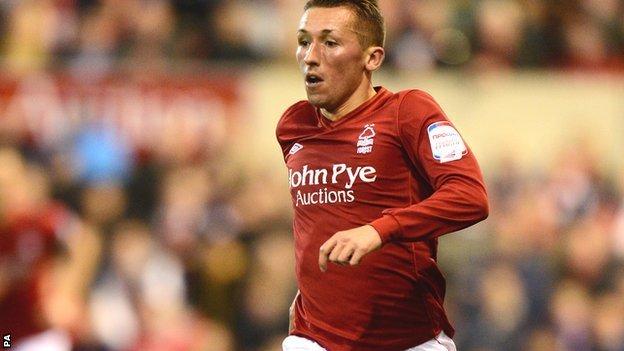 Nottingham Forest boss Sean O'Driscoll faces losing Polish midfielder Radoslaw Majewski until at least the start of next year because of an ankle injury.

Majewski, who had just got back into the team, damaged ligaments in the home loss against Millwall last Saturday.

O'Driscoll told BBC Radio Nottingham: "Whatever he could do to his ankle, he seems to have done it.

Majewski has made 52 starts, played 70 games in total, and scored nine goals for Forest

"We will see how it settles down and if he needs surgery, but I think it will be months rather than weeks."

Majewski had started both of Forest's previous matches, but his appearance against the Lions - his third successive start - only lasted 15 minutes.

O'Driscoll added: "Nobody wants an operation and if he gets a good prognosis that it will be okay then he won't have one.

"But we don't want to get two months down the line and find out that he needs an operation so that is something that the consultants, surgeons and physio staff have to look at and make a decision."