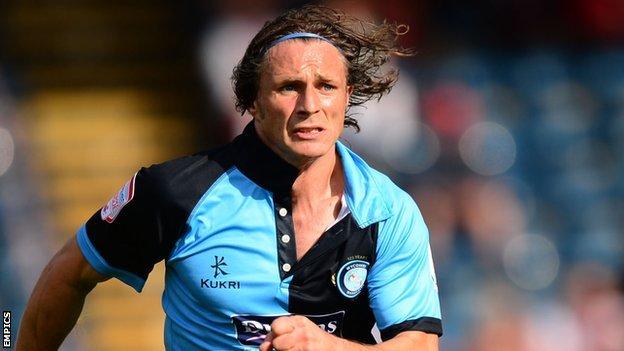 Gregory, Martin O'Neill and Paul Lambert have all taken charge at Villa after spells with the Chairboys.

"And who knows, in a couple of years' time we could see Gareth there too," the 58-year-old former England defender told BBC East Sport.

"Wycombe was fantastic for me. [Co-chairman] Ivor Beeks to this day is still the best chairman I've worked with. He knew how to treat people and he gave me time there.

"There's something about the crowd and the club that make it a great place to work."

Gregory, who played for Villa, QPR and Derby, steered Wycombe away from relegation from League One in the 1996-97 season.

After spells at Portsmouth and Plymouth, Gregory took over at Wycombe in September 1996 with the club bottom of League One and guided them to an 18th-place finish.

He left in February 1998, having won 25 of 76 games in charge, to replace Brian Little as manager at Aston Villa.

It was a surprise appointment at the time, but he led Villa to Uefa Cup qualification and an FA Cup final defeat.

He later took the reins at QPR where he managed 39-year-old Ainsworth who, after being named permanent boss at Adams Park following a spell in caretaker charge, currently faces his own relegation battle in League Two.

"I think he'll have enough to make sure Wycombe stay up and that's the most important thing," said Gregory.

"He's been leading by example on the field. Gareth gives everything he's got every game and inspires those around him.

"I think he's said to them 'I'm nearly 40 years old and I'm still running around like a 22-year-old, so there's no reason why you lot can't'.

"Getting the job permanently will settle the boys down. The uncertainty is not good for anybody."

Gregory never foresaw a job in coaching for Ainsworth.

"I never really considered him to be a deep thinker and student of the game, although he was actually in love with the game as a player," he said.

"He loves his music. I thought he had more chance of being a rock star than going into coaching.

"But knowing his personality - when he does something he gives it everything. He can't do anything by half. He certainly seems to have inspired the team so far."