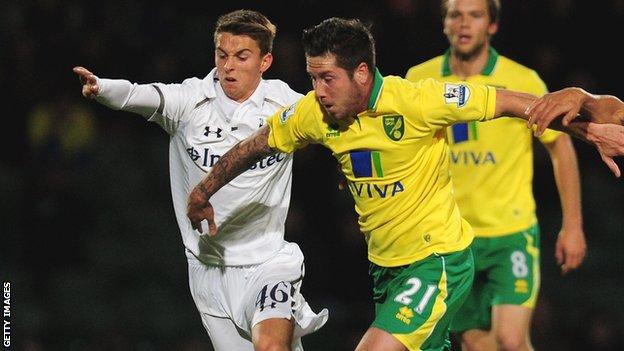 Bolton Wanderers have completed the signing of midfielder Jacob Butterfield on a month's loan from Norwich City.

Butterfield, 22, is the first new arrival at the Reebok Stadium since

The former Barnsley captain could make his debut against Blackpool at Bloomfield Road on Saturday.

and has made two appearances for Chris Hughton's Canaries, both in the Capital One Cup.

Norwich handed Butterfield a four-year contract, even though he had because of a serious knee injury.