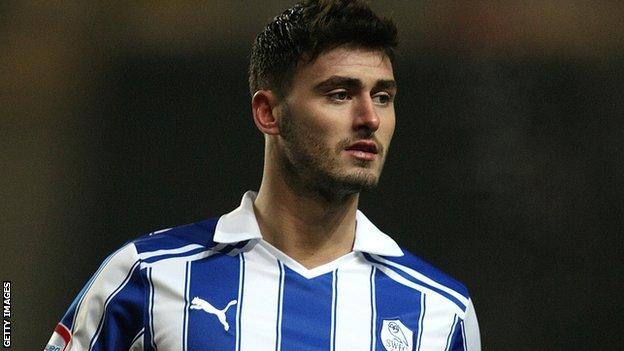 Gary Madine's loan move from Sheffield Wednesday to League One Swindon has been put on hold.

The striker was set to enter talks with Town on Friday but the 22-year-old has remained with the Owls squad for their game against Middlesbrough.

Madine, who has played 15 games for Wednesday this season, scoring once, is now expected to sign a deal next week.

Swindon had a transfer embargo lifted earlier this week, allowing manager Paolo Di Canio to add to his squad.

Madine was and intent to cause grievous bodily harm earlier this month, and is due to appear at Leeds Crown Court on 13 November.