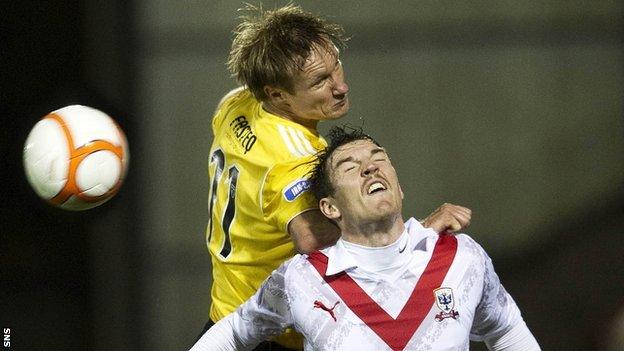 Livingston came from behind to beat hosts Airdrie United in the Scottish First Division.

Liam Fox gave Livi the lead for the first time midway through the second half with a sumptuous free-kick.

And Iain Russell sealed all three points for the visitors with an 87th-minute penalty after he had been fouled by Chris O'Neil.