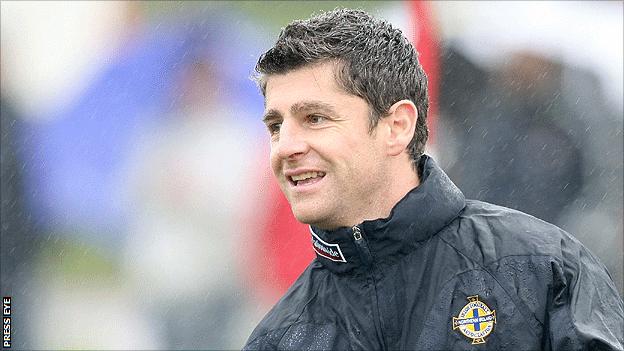 Northern Ireland Under-21 boss Stephen Robinson has named a 20-man squad for what could be his final match in charge against England on Tuesday.

Uncapped players, Tom Flanagan of MK Dons, who is on loan at Gillingham, and Nottingham Forest's David Morgan are also included.

The Irish FA has advertised for a replacement for Robinson, who will remain on as U19 and U17 coach.

Senior squad regulars Lee Hodson of Watford and Ipswich's Josh Carson were also selected for the game in Blackpool.

Northern Ireland travel to Bloomfield Road on the back of seven successive defeats that saw them fail to join England at next summer's Under-21 Championship finals in Israel.

Raheem Sterling, Steven Caulker and Jonjo Shelvey are in the senior squad.