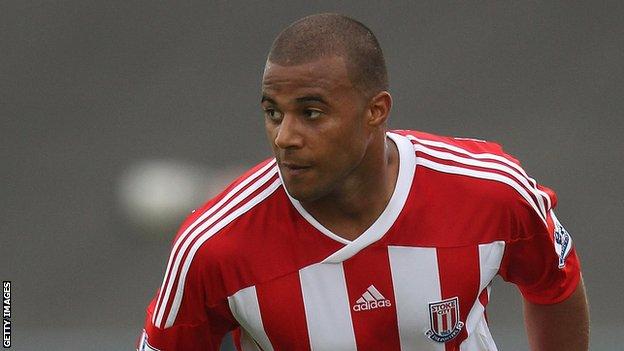 Soares, 26, joined the Potters in 2008 but made just eight first-team starts in four years with the club.

Ebanks-Landell, 19, is yet to feature for the first team at Molineux. He links up with who is also on loan at Bury.

Both players go into the squad to

Soares began his career at Crystal Palace, playing more than 100 times for the Eagles, but his £1.25m switch to the Britannia Stadium did not go as planned.

After struggling to break into Tony Pulis's side, he went out on loan to Charlton, Sheffield Wednesday and Hibernian before being released by the Premier League club in the summer.