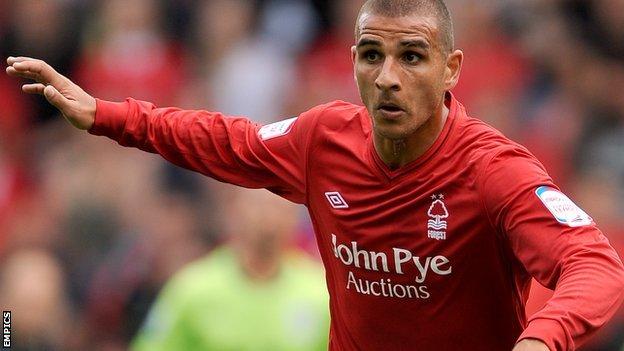 Barnsley have signed striker Marcus Tudgay on loan from Nottingham Forest until January with a view to a permanent deal.

The 29-year-old has only made two appearances for Forest this season and has not played since the draw with Huddersfield in August.

He told BBC Radio Sheffield: "This switch is purely about allowing me to play some football.

"It's been a frustrating start to the season for me."

Keith Hill's Barnsley side have lost their last four matches and scored only once in that period.

Tudgay is likely to make his debut in Saturday's trip to Bolton.

"They love to pass the ball and I'm very excited about going there. If I can help them and get some goals and some fitness too, then I'll be happy," he added.