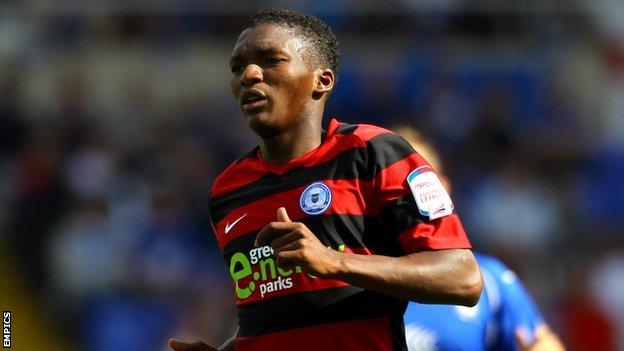 Peterborough United defender Kgosi Ntlhe will be out for at least four months after learning he requires surgery on an ankle injury.

The 18-year-old South African was taken off on a stretcher in the second half of last week's 2-1 Championship loss at Sheffield Wednesday.

Since making his full debut on the opening day of the season he has gone on to make a further 10 starts.

He scored his first goal in a

Ntlhe has been named in South Africa's senior squad this season but is yet to make his international debut and was left out of the squad to face Zambia on 13 November.

His injury means he now has no chance of playing for Bafana Bafana in the 2013 Africa Cup of Nations, which takes place in South Africa between 19 January and 10 February.