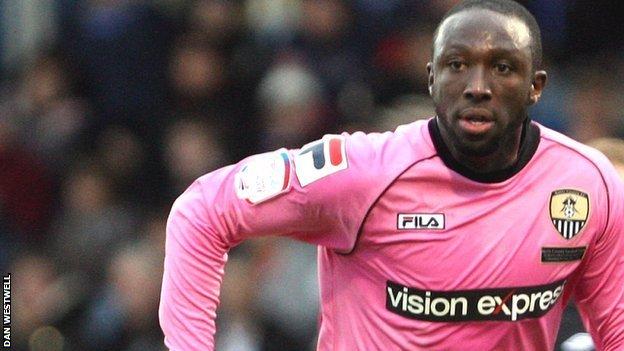 Notts County defender Damion Stewart is hoping to finish his career with the Magpies.

The 32-year-old signed a contract last week until January, but is already looking to secure an extended deal.

"I am 32 and am looking to stop playing at about 35. I like the team, the manager and the staff and would like to help them to get the chance to get into the Championship."

The Jamaica international first arrived in English football at Bradford and also had spells with Queen's Park Rangers and Bristol City before joining County on loan last season.

He was released by City at the end of the campaign and was without a club for three months before securing a short-term deal at Meadow Lane.

"Hopefully we can get a relationship and can go much further than January," added Stewart.

"I have never got a promotion in my life and would love to do it with Notts. If It was up to me I would get it [new deal] tomorrow.

"Once we can come to a deal to keep me here I will be here as long as possible. Ideally I would love to stay at Notts."