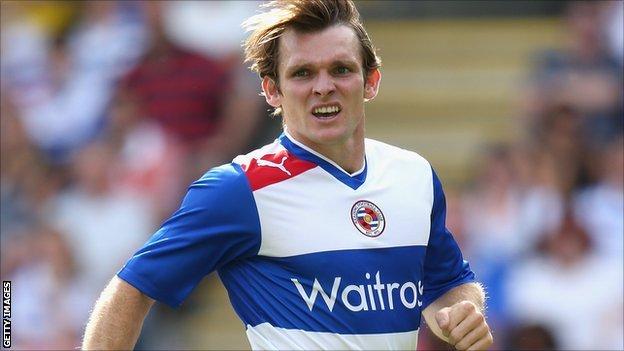 Reading midfielder Jay Tabb says the spirit at the club remains high despite the fact they are still searching for their first Premier League victory.

The Royals have five points from their opening nine games but Tabb says the players are refusing to panic.

"We are still together," Tabb told BBC Radio Berkshire.

"It would be different if the performances were not there and it didn't look like we were capable of winning games."

The 28-year-old added: "I think each game we are going into we look like we could win it.

"We've taken the lead in five of our games this season and only if we win three of those then it makes the table look a lot different.

"I think if we were getting beat two or three nil it would be a lot different and difficult to keep the spirit up.

"But the spirit is still there and we are looking forward to every game."

Reading, who won the Championship last season to gain promotion, face Norwich at the weekend.

And Tabb says the Berkshire club are not about to surrender their Premier League status without a fight.

"The Premier League is the best league in the world. We worked hard to get here and now we want to stay here."