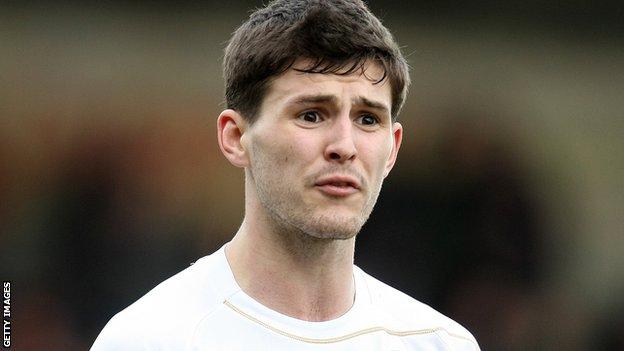 Aldershot Town defender Aaron Morris says slipping to the foot of League Two has given him extra motivation.

The Shots are bottom on goal difference after Barnet leapfrogged them with victory in midweek.

He told BBC Surrey: "For me it's a driving force. There is nothing worse than looking at the table and seeing your team down there.

"Personally, it dents your pride. That pushes me and makes me want to do better and train harder."

The 22-year-old added: "I have every trust in all the boys and we will pull through it.

"It is tight: one result or one weekend could change everything.

"We've got to keep a positive attitude to push up the league."

The Wales Under-21 international usually plays at centre-back or in midfield but is expected to fill in at left-back against Bradford this weekend as Anthony Tonkin is suspended.

"I played two games there already this season," Morris said.

"It's not my preferred position but I'm being called Mr Versatile at the moment and I just see it as games.

"It's a little bit frustrating but it's got to be done.

"The gaffer [Dean Holdsworth] trusts me to play there and I'll do it to the best of my ability."