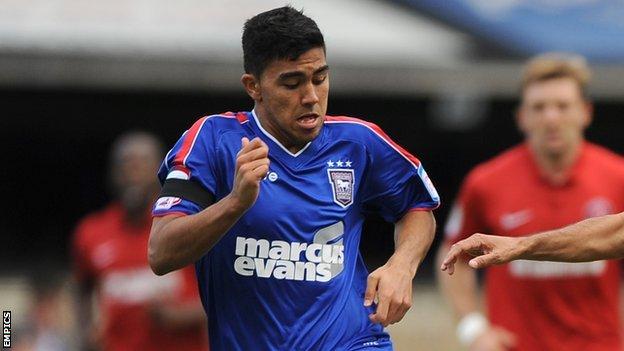 Midfielder Massimo Luongo has returned to Tottenham after having his season-long loan cut short by Ipswich Town.

The 20-year-old has not played for five weeks and has not made a start since a 2-1 loss to Charlton on 22 September.

"He's a good footballer, you'd expect that coming from Tottenham, but I need a different type of player," Town boss Mick McCarthy told the club website.

"He's not been playing games and Tottenham said if he's not playing here then they will take him back."

Striker Murphy, on loan from Celtic, has backed new manager McCarthy, who first brought him to English football seven years ago, to have a positive affect on the club.

"He took me to Sunderland from Waterford. It's great to work with him again," the 29-year-old told BBC Radio Suffolk.

"He's a good manager with lots of experience. He's a winner with a positive attitude. He just wants you to perform to the best of your ability."