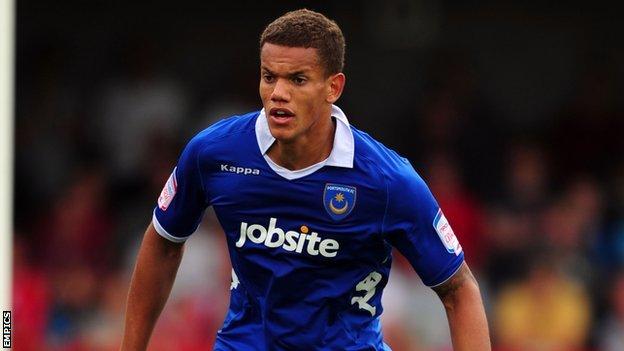 The pair will go straight into the squad for Saturday's League One game against Crewe Alexandra.

Former Stockport and centre-half Thompson, 21, has made just two appearances for Pompey since joining from Celtic in the summer.

Sullivan, 24, had spells with Brighton, Millwall and Yeovil before joining Charlton in 2011.

He has not played for the Championship side this season.

"Josh is a player who I've known since he was at Stockport, and he has wonderful potential as a centre back," manager Joe Dunne told the official website.

"I am very pleased to bring in John, and we've got some good competition for places now.

"John is a very good goalkeeper who will compete with Mark (Cousins) for that place in the team, and hopefully it will see them push each other on in the time that he's with us at Colchester United."