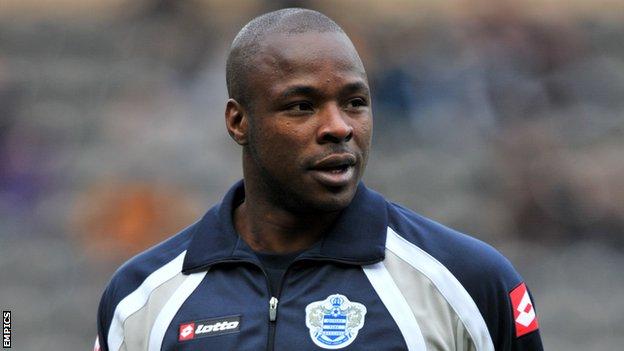 Danny Shittu says he is relishing being back in the Championship with Millwall.

The former QPR defender has made 11 appearances for the Lions since joining on a free transfer in August.

"Everyone thinks the Premier League is hard but the Championship is a hard, hard league to play in," he told BBC London 94.9.

"You've got to be physically and mentally strong to play in this league. I'm glad to be playing in this league again and really enjoying it."

The Lions are currently unbeaten in eight games and lie four points off the Championship play-off places.

It's about building a team which has a strong bond. We have a gaffer who works so hard in the background and it comes through to the players

Nigeria international Shittu, who is in his second spell at the New Den, has filled in as skipper in place of the injured Paul Robinson during that run.

"It's an honour to be able to captain a Millwall side and a team under Kenny Jackett," the 32-year-old added.

"It means a lot to me and means I have to raise my game.

"We've gone eight games unbeaten. We have got a good base, are really gelling together and we believe we can win games at home or away.

"We are working so hard defensively and making sure we keep clean sheets. 'Zeros and ones win games' is the motto Kenny uses.

"We have been drilled to work hard and keep pushing each other to make sure we don't concede goals - not just the back four but as a team.

"We are pushing each other and we hope we can keep it going."