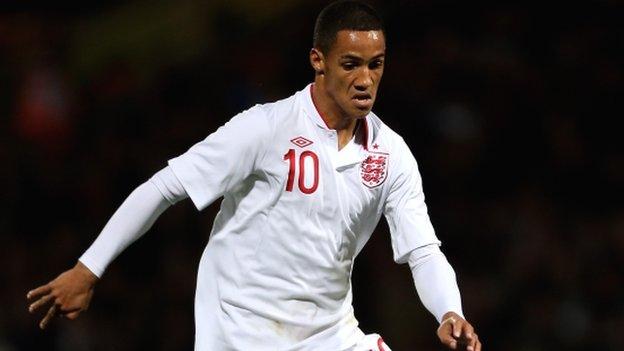 Ince, 20, is in England's Under-21 squad to face Northern Ireland on Tuesday and Armfield believes he can emulate his father Paul's record.

Armfield said: "I'm a big believer that playing for the Under-21s gives you good grounding for your career.

"Tom will need that if he's to follow in Paul's footsteps."

Went on to manage Bolton and Leeds before becoming a BBC Sport pundit.

Paul Ince won 53 caps for England between 1992 and 2000 and was his national side's first black captain.

And with son Thomas already scoring eight times this season and being linked with a move to the Premier League in January, Armfield expects him to perform for Stuart Pearce's Under-21 side on Tuesday in the familiar surroundings of Bloomfield Road.

"Playing international football is a nice distraction to have from the domestic campaign," said Armfield.

"Stuart Pearce has done reasonably well in charge of the Under-21s and I'm sure Tom will be looking forward to working with him and the team of Football Association coaches.

"Sometimes it's nice to hear a different voice in training, or practice with players from other clubs as you can learn so much."

England qualified for the 2013 European Championship in Israel