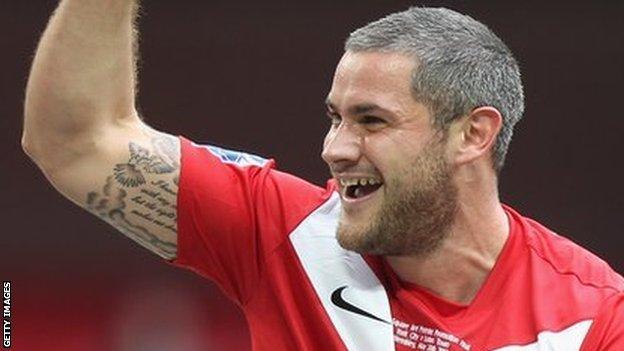 Ryan Burge fired Vale ahead against the run of play after Top Pope saw a shot saved by Michael Ingham.

Jennison Myrie-Williams doubled the lead from the spot after Chris Smith had handled Chris Shuker's effort.

"We were the better team today and to go in 2-0 down was a travesty to be honest.

"I thought it was very a dubious penalty and we said 'let's go and win it' and that was our talk at half-time.

"We got the equaliser and again it's the least we deserved. I thought we were excellent today."