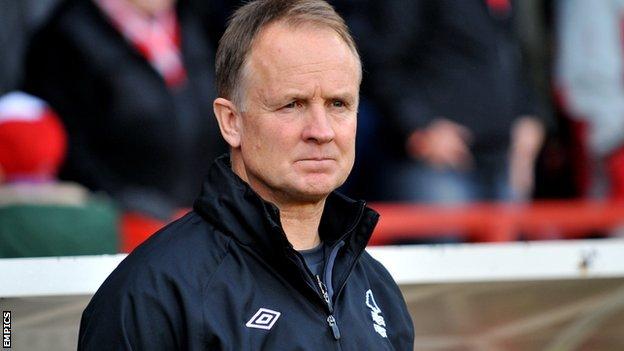 Nottingham Forest came out on top in an uninspiring game against Sheffield Wednesday at the City Ground.

An own goal from Miguel Llera with quarter of an hour remaining proved decisive and condemned the Owls to a 10th league defeat of the season.

The win leaves Sean O'Driscoll's side ninth while Wednesday are just outside the relegation places in 21st.

A lack of cutting edge from both teams was a feature of a match in which Madine had the first real chance of the game.

His long-range strike had to be tipped round the post by Forest keeper Lee Camp, while the home side's best chance of the first half came when Andy Reid played a one-two with Billy Sharp before striking straight at keeper Chris Kirkland.

Sharp missed two excellent chances as he shot and headed wide before Wednesday striker Jay Bothroyd had an effort cleared off the line by Danny Collins.

The game appeared to be set for a draw before Llera's intervention as the Spanish defender inexplicably nodded Chris Cohen's cross from the right past Kirkland.

"This is this division. There's a small margin between the top and the bottom. The game could have gone either way, both teams were guilty of missed chances.

"We won't be swinging from the rooftops - we've got a bit of work to do but I've got the right players to do that work.

"At least we are moving in the right direction. There will be a few bumps in the road, but we're getting there."

"I'm saying the same thing every week. There's no team in this division better than us. They might have a bit more composure in front of goal but that's it.

"I'm an honest man and if we were getting hammered every week I would be the first to hold my hands up.

"I keep checking under my car in the mornings to check I haven't run over a nun or a black cat."