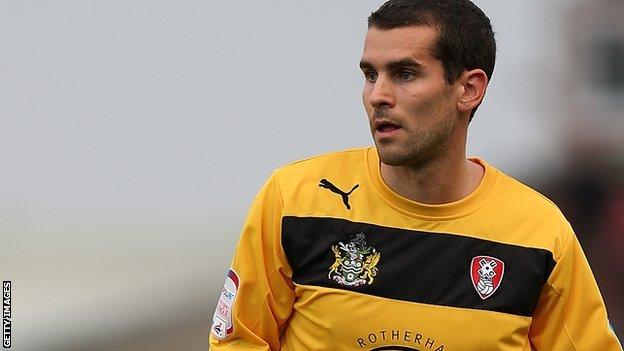 Daniel Nardiello scored twice as Rotherham came from behind to beat promotion-chasing Cheltenham.

The Robins struck within the opening minute through Keith Lowe's shot from inside the area, only for Nardiello to head in an equaliser soon after.

The hosts then took the lead through Ben Pringle's low strike, before Nardiello's smart finish.

The win means the Millers move up to eighth, while Cheltenham remain in the automatic promotion places.

"It was a big performance, we showed a lot of character and we played some special football in periods.

"It's just a shame it took us a long time to get the fourth goal but the performance should have made us win more comfortable today.

"We have habit of making things a little difficult for ourselves. We were 1-0 down and what a response from the players."

"My players have been magnificent all season, today they let themselves down.

"I thought Keith Lowe was outstanding and apart from that I don't think too many players got any positives out of the game and that's disappointing.

"We knew we had to stand up and be counted, and we didn't."