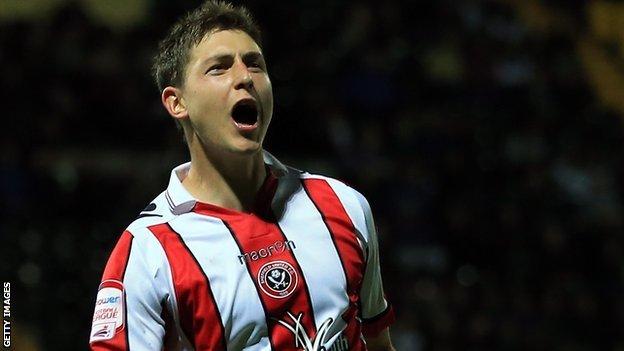 Neill Collins headed Ryan Flynn's cross into the net from inside the box to hand the Blades an early lead.

Miller almost doubled the lead when his shot was saved by Steve Arnold before Mark Roberts headed in from Filipe Morais's corner to make it 1-1.

Two close-range strikes from Miller on his first league start put Blades 3-1 up and Chris Porter headed in a fourth.

"Any time you score four goals it's always pleasing, particularly at home in front of your home supporters.

"We played very well from start to finish and dominated the game.

"We got done with a bit of a sucker punch just before half time from a set-play.

"Shaun (Miller) has been due his first start in the league and we've been watching him closely, and he looked bright."