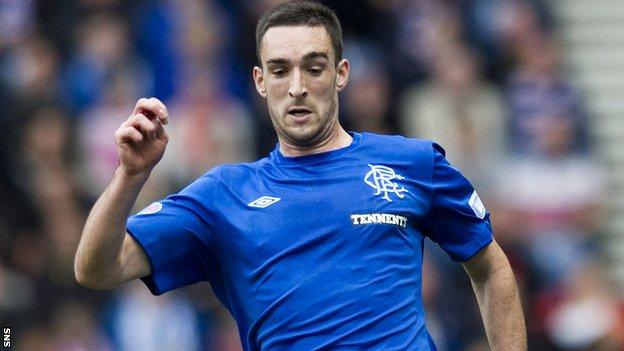 Hearts have rejected an offer from Rangers to renegotiate terms of payment for Lee Wallace and David Templeton.

The Tynecastle club are owed £800,000 in fees following the transfers of the left-back and winger.

But Rangers wanted to close the deals with that gesture and Hearts owner Vladimir Romanov has dismissed it.

Scotland defender Wallace moved to Ibrox in a £1.5m deal in July 2011, with instalments unpaid when Rangers were destined for liquidation.

Agreeing to pay football debts was part of the agreement that allowed the Charles Green-led consortium to acquire Scottish Football Association membership when they relaunched Rangers over the summer.

Templeton made the switch to Glasgow from Edinburgh for an undisclosed fee on August's transfer deadline day.

Hearts director Sergejus Fedotovas has revealed the club face a £2m shortfall this season and is appealing for fans to take up a share offer.

The Edinburgh club have less than a week to raise money to pay the tax bill to stave off a winding-up order from Her Majesty's Revenue and Customs.

Hearts also face a separate £1.75m tax bill but are disputing the demand - which centres on loan deals for Kaunas players - in a tribunal.