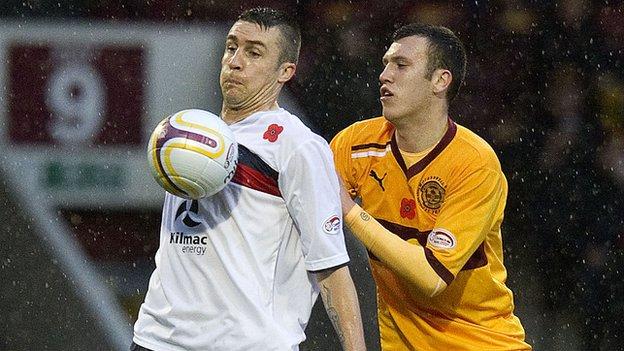 The Dark Blues took the lead against Motherwell through Nicky Riley, with Michael Higdon levelling.

"If they keep putting in performances like we have the past two weeks then we'll give ourselves every chance of getting ourselves up the league."

Riley broke the deadlock with a neat finish past Darren Randolph.

"He showed in flashes what he's capable of," added Smith. "To get the goal was great for him.

"We got the goal. The one disappointing thing is not seeing that through but credit to the players, they came out and gave a great performance in the second half, where they've fought for everything and I think we thoroughly deserved a point.

"I'm pleased with the overall performance.

"It's [about] trying to breed confidence with them and recognising that they can compete at this level."