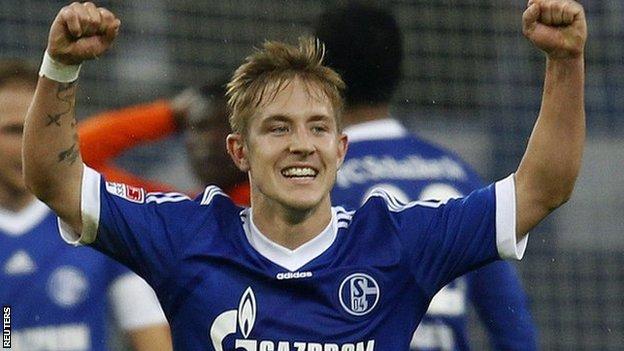 The 22-year-old Germany international midfielder will be out of contract at the end of the season.

"It will be a decision of the heart," said Holtby, speaking to German newspaper Der Westen. "I won't play around with the club.

"The opportunities are there. My agent has received offers. I'm waiting to make a decision."

In an interview with the BBC Sport website before Schalke beat Arsenal 2-0 in the Champions League, Holtby said: "For me it was always a dream to play in the Premier League and it was always a team like Arsenal that I would like to play for.

"Now I play for Schalke and I am happy to be here."

Schalke drew 2-2 with the Gunners in the reverse Champions League fixture, while he helped his current side beat Werder Bremen on Saturday to put them second in the Bundesliga behind Bayern Munich.

Holtby, who has an Everton-supporting British father and German mother, has three goals and seven assists so far this season.