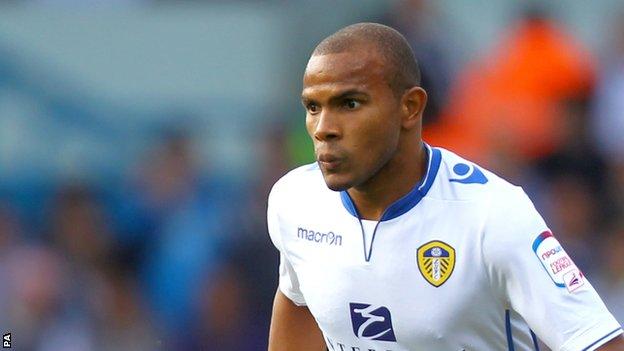 Leeds are waiting on news on Rodolph Austin's double leg break, which could potentially end his season early.

And manager Neil Warnock revealed "he could be out for six months".

The United boss added: "I'm not devastated about the game but I am about Rudy, he has broken his leg in two places."

United ended the game with nine men after Jason Pearce was sent off and they had used all their three substitutions.

Warnock, who says they will appeal against the red card, said: "I was told it was a double fracture but he shouldn't have been in that position (covering for Pearce at centre-half).

"I wanted to try and win the game with 10 men, but everything is irrelevant, it's the least of my worries when I think that we have lost Rudy for so long. When our lads knew about it, they were distraught."

Austin joined the Yorkshire side from SK Brann in the summer and has scored three goals in 19 games.