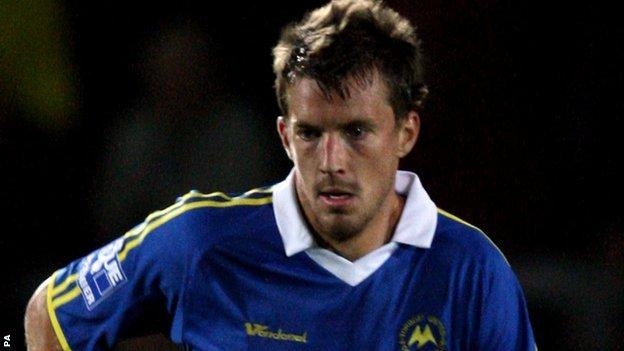 Forest Green Rovers manager Dave Hockaday says he is looking forward to getting Chris Todd back in his squad after his loan spell at Hereford.

"He's had six games so it's been a great loan for us and him," Hockaday told BBC Radio Gloucestershire.

The Rovers manager added: "Jamie Turley got a three-match ban, the two centre-halves have been having some niggles so Toddy's come back.

"He's done us a favour against Wrexham - good for him. We've got Barrow away next week and if you need to put someone on to head a ball, Toddy is the man."

Bulls manager Martin Foyle told BBC Hereford & Worcester: "It's another headache that I've got this week. We're down to four defenders."