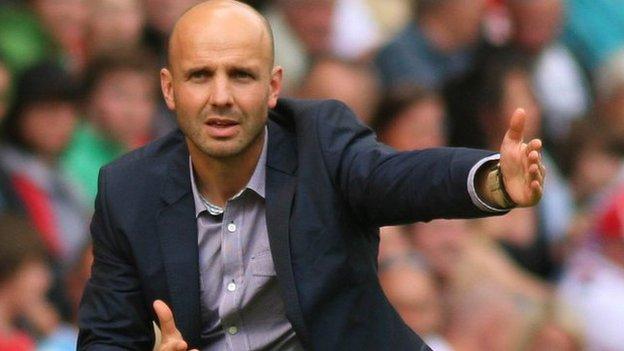 Exeter boss Paul Tisdale believes the reason they did not have a second penalty in the was because the referee did not want to send off keeper Scott Davies.

Davies was booked for protesting a first penalty as John O'Flynn scored.

And he appeared to bring down the Irish striker in a later incident.

"I think because the keeper has already been booked, the referee has second thoughts because he would have to send him off," Tisdale told BBC Radio Devon.

"If that's the case, gamesmanship works again. If the keeper doesn't decide to lark around on the penalty, which he rightly got booked for, then I think he [referee Fred Graham] gives the penalty.

"The second one was as much a penalty, if not more, than the first one. I was convinced it was a penalty, John O'Flynn got the first touch and was taken out. How it's not a penalty, I don't know."