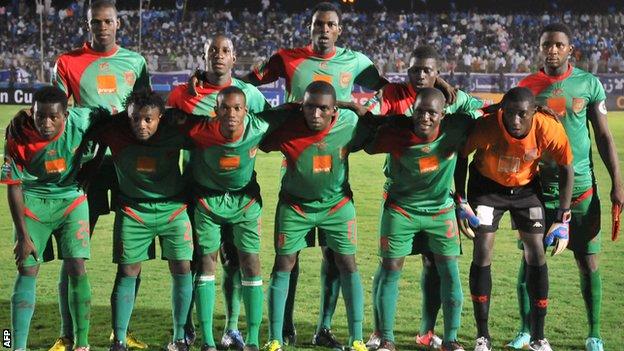 Djoliba of Mali overcame a 2-0 first leg deficit to book their place in the final of the Caf Confederation Cup, where they will meet AC Leopards of Congo.

Second half goals from Idrissa Traore and Janvier Abouta levelled the tie with Al Hilal, before the home team triumphed in a penalty shoot-out, 7-6.

Djoliba had never previously reached the semi-final stage of this competition.

Traore's equaliser came just ten minutes from time, but the Malian side maintained the momentum to reach the final.

Djoliba will now be seeking to emulate compatriots Stade Malien, who were surprise winners of the Confederation Cup three years ago.

Leopards will fancy their chances in the two-legged final, having drawn 1-1 with Djoliba in Bamako before beating them 3-0 at home in the final match of the group phase.

Djoliba entered the Confederation Cup at the fourth round stage, having been knocked out in round three of the Caf Champions League by Sunshine Stars of Nigeria.