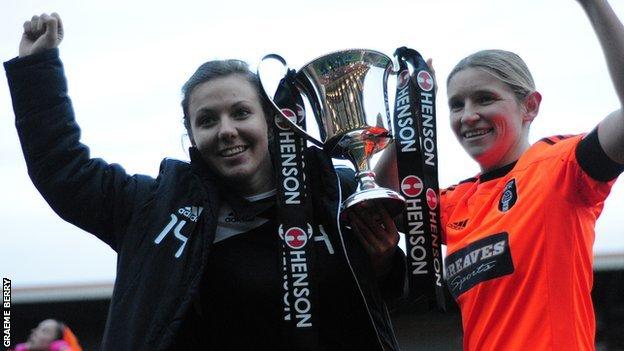 Danica Dalziel headed the only goal of the match at the Excelsior Stadium, converting Nicky Docherty's cross in the first half.

"I am delighted we have managed to achieve the treble and to win every domestic game this season means this squad will be remembered as the 100% team," said the head coach.

"As long as the game stayed at 1-0 there was always the possibility that an error would allow Forfar back into the match.

"Towards the end of the match, we looked a tired team and the efforts of a long hard season were beginning to tell.

"In saying that, we controlled the match and created numerous chances, which if it wasn't for some expert goalkeeping, on another day, we could have finished with a far more comfortable scoreline.

"I would like to congratulate all the staff and players on a magnificent achievement, they fully deserve to go now and enjoy a well earned break."