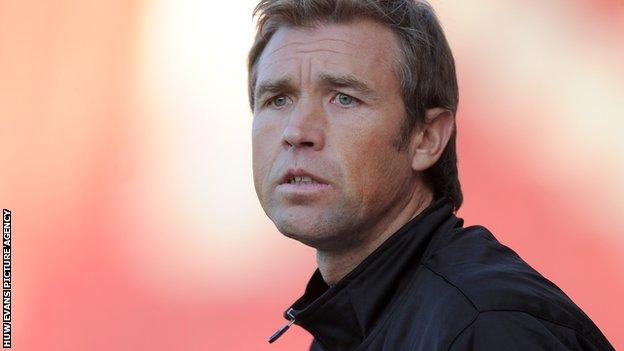 His decision came after the Reds lost 6-1 to Connah's Quay Nomads in the Welsh Premier League on Sunday at Stebonheath Park.

The club has suffered financial problems in recent months, including surviving of a High Court winding up order over tax debts in September.

The 46-year-old former defender took over as Llanelli manager in 2009.