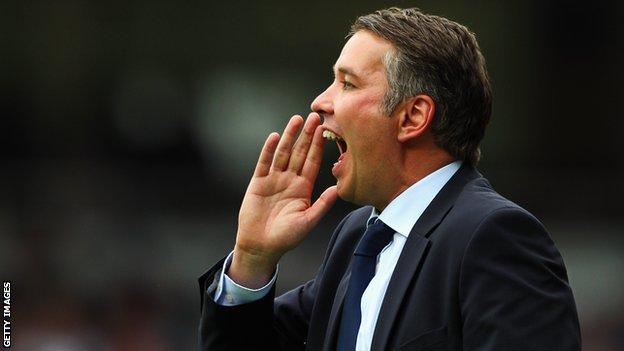 Peterborough United manager Darren Ferguson is concerned the pressure of a relegation battle seems to be getting to some of his players.

He told BBC Radio Cambridgeshire: "I've got to identify what the problem is.

Peterborough led until 10 minutes from the end against Championship leaders Palace, but Andre Moritz's leveller and a Kagisho Dikgacoi strike following good work from saw Posh drop to 23rd in the table.

"I'll have to manage the situation," said Ferguson. "But when you're playing against an individual like Zaha - who's the best player outside of the Premier League - the best way to cope with him is to keep the ball. If you keep it he won't get it.

"Passing the ball, playing out from the back - it's something we'll always do if we can."

Posh have lost their last three games and Ferguson has urged his side to draw on their form last month, when they took 12 points from six matches.

"I think we can do that again. You'll have to ask the players if they think they can," he added.

"I believe this is a good squad I've got in terms of strength and depth. But after 16 games you are where you deserve to be. It's not been good enough the first 16 games.

"We've got 30 games left, we need 13 wins to make sure we're a Championship team next year."