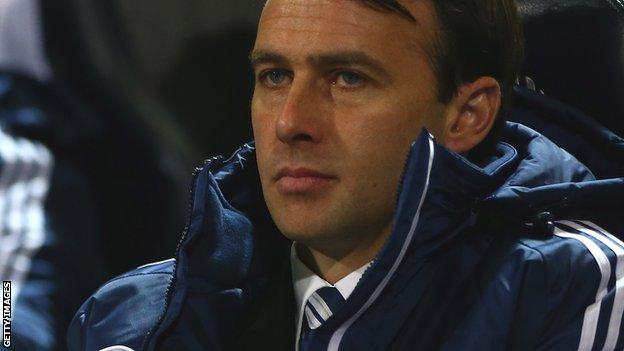 Dougie Freedman says the mentality of his team has improved during his unbeaten start as Bolton manager.

Wanderers have taken under the former Crystal Palace boss.

He told BBC North West Sport: "It takes time to mould players the way you want them and some personnel might not be able to do what you're asking of them.

"But the mentality has changed already. This squad are prepared to work at the intensity I require."

And Freedman admitted he was disappointed with the way his team defended the set-piece from which Nathan Delfouneso equalised nine minutes from time.

The Scot continued: "That's not like my teams at all and we'll make sure that doesn't happen again.

"We were in control in terms of good defensive shape and we attacked with a good purpose.

"I think we've got two games in midweek over the next couple of months, so that gives me a good seven or eight weeks to prepare my teams properly."

Bolton are 17th in the Championship after the draw at Bloomfield Road on Saturday, seven points away from a play-off place.