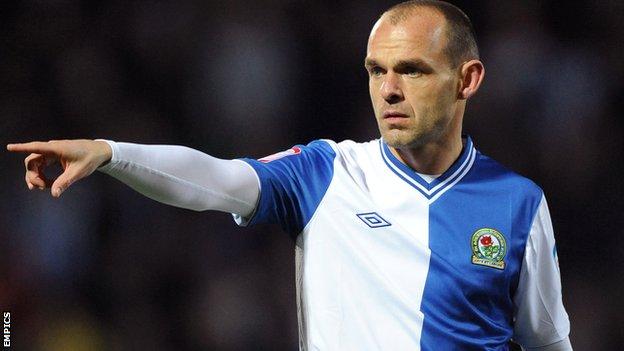 Blackburn manager Henning Berg says his players must do more to utilise the talents of captain Danny Murphy.

The midfielder, 35, has struggled to make an impact during his early months at Ewood Park but impressed in the on Saturday.

"We know what he's good at and we need players around him to make sure we get the most out of him," said Berg.

"If the other players make the right movements, we can get the best out of Danny. If not, we will not."

Speaking to BBC Radio Lancashire, Berg added: "It's about making sure we have a good balance in the team and people playing in positions that suit each other."

And the Norwegian admitted he has been left frustrated by draws against Huddersfield and Birmingham in Blackburn's last two outings.

He continued: "I have played many games throughout my career and there have been many games when we have played a lot worse than we have done in the last two and still got six points.

"We could have defended a little bit better and we could have scored more goals, but the overall play was quite good.

"We got into good positions and at our best we were very, very good.

"We have to make sure we prolong those good periods of the game for even longer, and when we get into the final third, we need to have a little bit more quality. If we get that, we don't need luck."