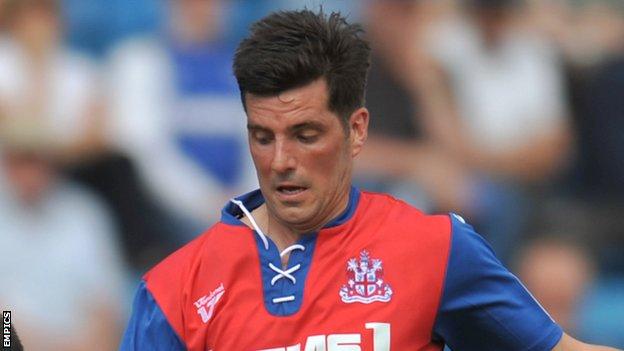 Ben Strevens says he has to accept being part of manager Martin Allen's rotation policy at Gillingham.

The forward has only started two league games for the Gills this season.

The 32-year-old told BBC Radio Kent: "I've wanted to play more but there are some very good players in the squad and the forwards have been scoring.

"I've had to wait my time and played a few different positions. We've got such a strong squad, you can't expect to play every week."

The former Dagenham & Redbridge, Brentford and Wycombe man scored his first league goal for the Kent club in the 2-2 draw with Plymouth Argyle on Saturday.

"I want to play up front and thankfully I got a goal," Strevens added.

"I give the gaffer another option. He likes to change the team and give everyone a go.

"If I can score and do well when I come in then I might start the next one."

Gillingham remain five points clear at the top of League Two after second-placed Port Vale could only draw at Southend.

Strevens is confident the side will be able to maintain their promotion push.

"You won't play in the side unless you are willing to work and work for each other," he continued.

"The team spirit and the work rate is there. It's tough league and to win it, or certainly be up there, you certainly need that.

"All the signs are that we will have a successful season but we have to keep doing what we're doing."