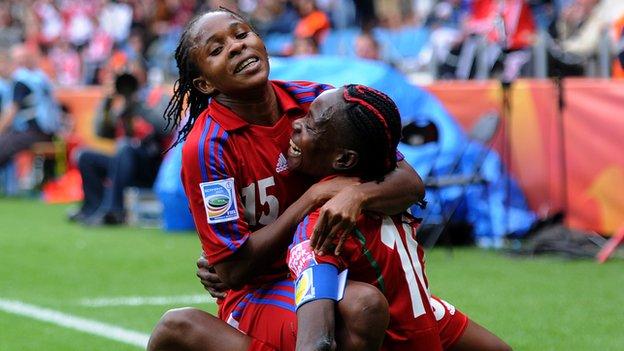 Gloria Chinasa took advantage of some poor defensive work to head home the opening goal from a corner kick.

Equatorial Guinea doubled their lead on 66 minutes when substitute Tiga Costa scored with her first touch.

Four minutes later it was 3-0 when captain Genoveva Anonman struck before Chinasa completed the scoring from a tight angle.

South Africa Joseph Mkhonza said: "Falling at the final hurdle is a major disappointment to all involved with Banyana Banyana, particularly after the fine effort put in to record our national team's first ever win over Nigeria in the semi-finals last week.

"But we have proved that with the current crop of players, Banyana Banyana should be able to qualify for international tournaments such as the World Cup and the Olympics in the future."

In the play-off for third and fourth places, Cameroon beat Nigeria 1-0.