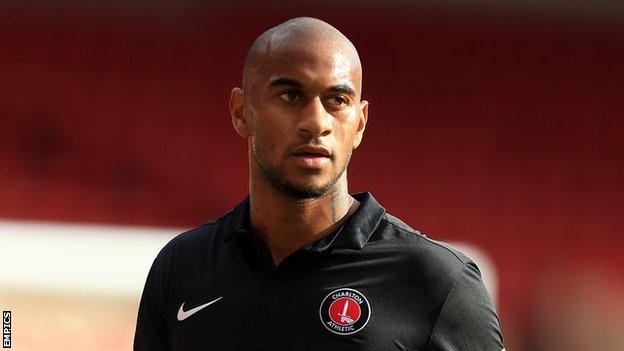 The 24-year-old has started and scored in the last two games, helping the Addicks to back-to-back wins for the first time this season.

He told BBC London 94.9: "The start of this season has been a bit of a downer for me. The gaffer has given me an opportunity and I feel I've taken it.

"He has stuck with me and had faith in me and I'm reaping the rewards of it."

He continued: "I'm enjoying life and enjoying my football. I am scoring goals as well which is a bonus."

Hopefully we can push on and this can be the start of something for us. There's no doubt the ability is there

Haynes has struggled with a hamstring injury this season and had only made three substitute appearances before being handed his first start of the campaign against Cardiff last Tuesday.

After a goal in the 5-4 win over the Bluebirds and opening the scoring in Charlton's 2-0 win at Bristol City on Sunday, Powell praised Haynes for his impact after waiting for his chance in the starting line-up.

"Danny hasn't played too much football but he's come in and got two in two. He's playing his part," he said.

"Danny is a player that's quite unpredictable but he will always make something happen.

"He will always make defences nervous. He showed that against Cardiff and deserved his goals against them and Bristol City.

"He will always put teams under pressure and the team know that now."