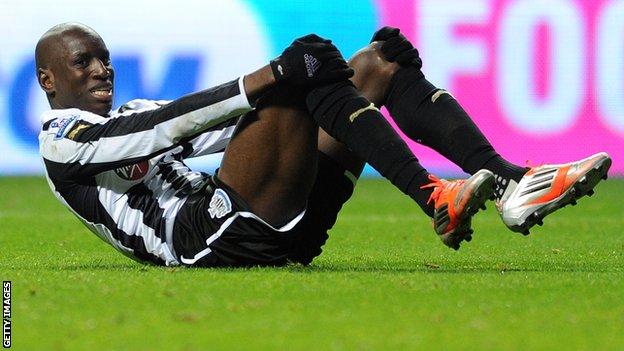 Senegal will be without six regulars for Wednesday's international friendly against Niger, including the Newcastle United striker Demba Ba.

Ba played the full 90 minutes for Newcastle on Sunday, as they lost 1-0 at home to West Ham in the Premier League.

He completed his domestic duties, only to then withdraw from the national squad for the match in Niamey.

The Lions of Teranga failed to qualify for next year's Africa Cup of Nations. They were disqualified after rioting fans forced their match at home to Ivory Coast to be abandoned.