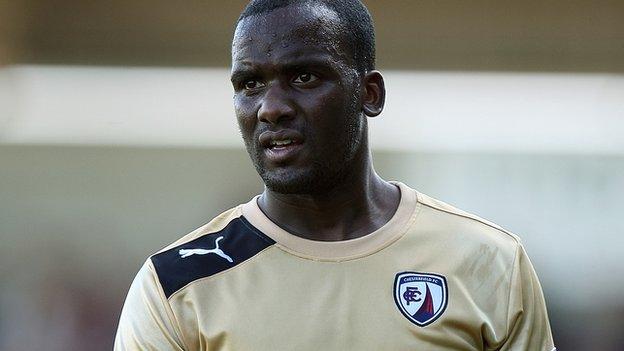 Westcarr, 27, scored for the Spireites in last season's Johnstone's Paint Trophy final win over Swindon and has featured 18 times in this campaign.

Trotman, 25, joined permanently from Rochdale in January after a loan spell.

Manager Paul Cook told the club website: "We're working hard on a daily basis to improve results and there will be changes in personnel."

The 19-year-old, who had been due to remain at the Proact Stadium until January, made five appearances after joining in September.