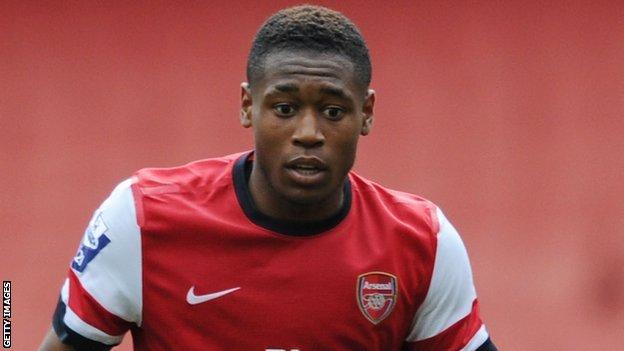 Chuks Aneke has extended his loan deal at Crewe Alexandra from Arsenal by a further month.

After being sent-off on his full debut for the Alex, the 19-year-old midfielder has gone on to find the net three times in his 12 games.

Aneke's new deal will keep him at the Alexandra Stadium until 17 December.

Crewe boss Steve Davis has welcomed the news of their return, but insists that the youngsters will not be rushed back into first-team action.

"They will be back out there this week but I don't think they will be ready for the weekend," Davis told the club website.

"They will need a bit of time because they have missed a bit of football."