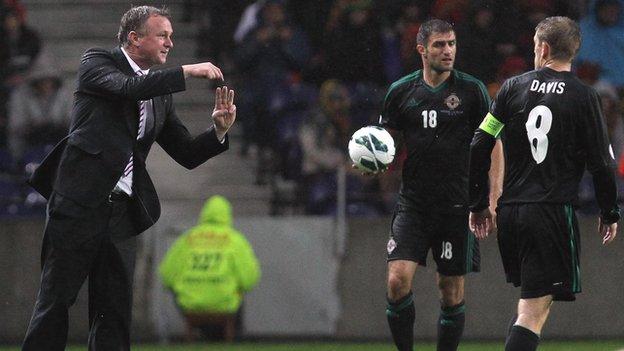 Just two points from three World Cup qualifiers and a manager without a win in his first six games.

You would expect the Northern Ireland faithful to be a miserable lot with such a poor record.

But the fickleness of football means a mood of optimism will be in the Windsor Park air come Wednesday night's qualifier against Azerbaijan.

That's courtesy of the 1-1 draw with group favourites Portugal last month, recalling the halycon days of the 1980s when Northern Ireland specialised in giantkilling acts in qualifying games.

Organisation, determination and unity of purpose were the hallmarks of the memorable draw in Porto, which was just 11 minutes away from being a remarkable victory.

Michael O'Neill must now capitalise on the morale-booster by securing his maiden win as NI boss in this week's Group F encounter. 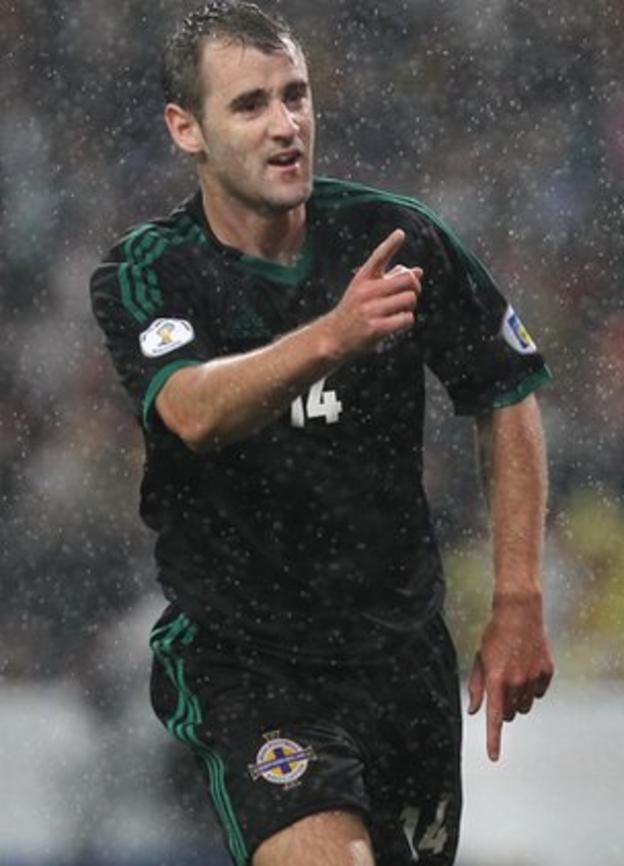 Failure to do so will bring a swift end to the positive vibes generated by the Portugal result and the chance to build momentum from it.

The two toughest qualifiers, Russia and Portugal away, are now out of the way and Northern Ireland start a run of four straight home games.

It's a wonderful opportunity to get Windsor buzzing again after the debacle of September's 1-1 draw with minnows Luxembourg.

Azerbaijan may only have one point from their three qualifiers but they have also faced Russia and Portugal away.

Their other result was a creditable 1-1 draw with Israel and they should provide a much stiffer test than Luxembourg.

O'Neill's task is aided by having a player in sparkling form, a potential tailsman for the remainder of the campaign.

Niall McGinn took his goal in Portugal with aplomb and the former Celtic winger has scored eight times in as many games for Aberdeen.

Finding the net has been a long-term problem for Northern Ireland and in McGinn they now have a genuine goal threat from midfield.

The return of Shane Ferguson and Christ Brunt bolsters O'Neill's attacking options while Kyle Lafferty will again provide the spearhead.

West Brom defender Gareth McAuley is also back after suspension but the absence of Jonny Evans through injury is a significant blow.

This is a pivotal game in O'Neill's brief reign - victory bringing belief that he is beginning to fashion a competitive team with confidence high for March's meeting with group leaders Russia.

Anything less and there are four dark, cold months to fester on hopes dashed and an opportunity lost.